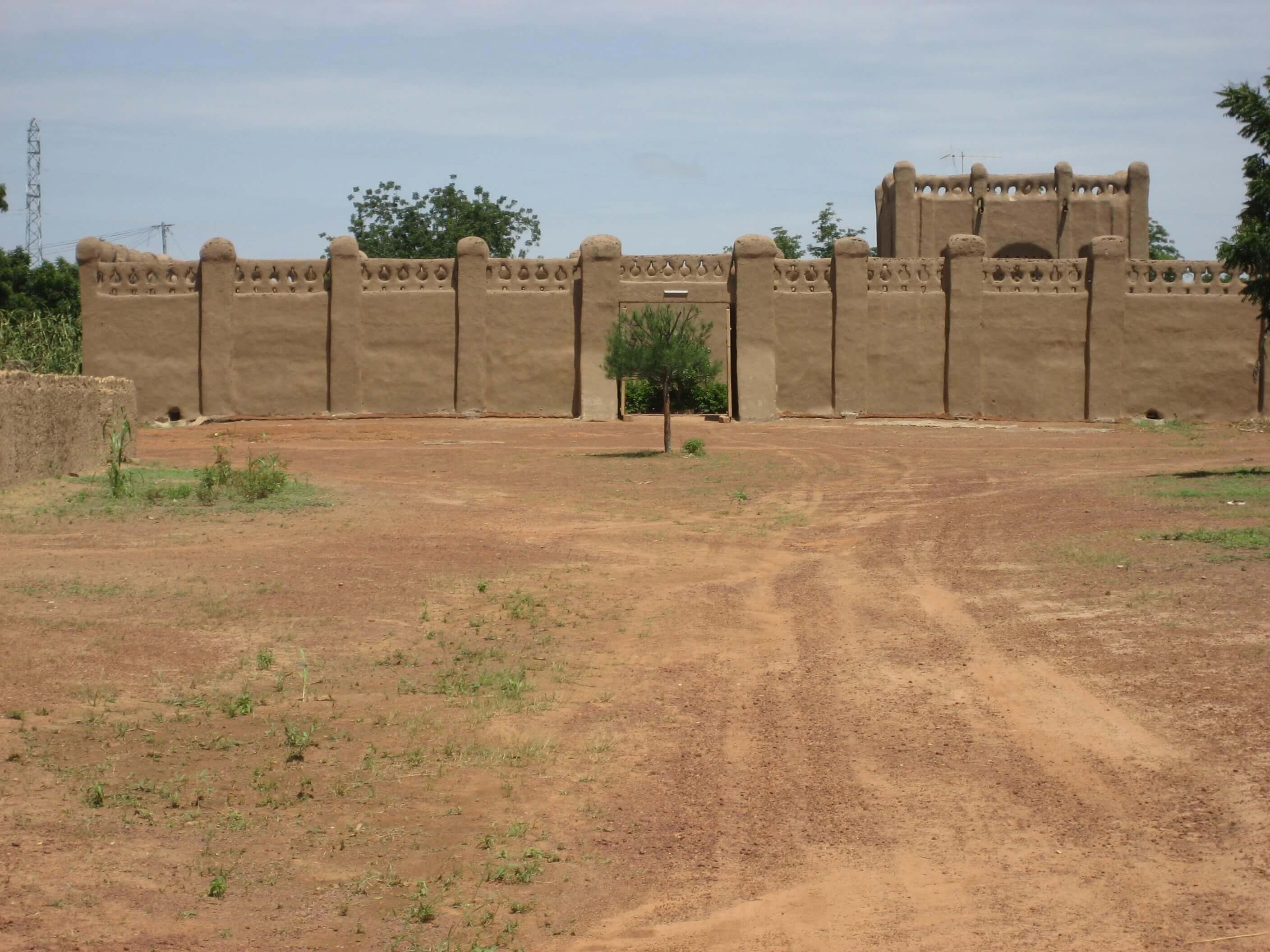 Kokologo (also spelled Kokologho) is a village in the department of Kokologo, of which it is the chief town, located in the province of Boulkiemdé and the Centre-West region of Burkina Faso. In the heart of the village of Kokologo, thrones an authentic tourist site: the royal palace or Na-yiri of Kokologo. 78 years after its construction, the Na-yiri of Kokologho remains one of the rare palaces that has kept its originality and cultural richness.

Behind its apparent simplicity, made of mud walls and straw roofs, the architecture of the Na-yiri of Kokologo, carries a particularly rich history of the cultural heritage of Burkina Faso. Built in 1942 by the Naaba Boulga, the Na-yiri of Kokologo is nowadays, one of the rare cases of a living site because, according to the current tenant of the place, Naaba Kaongo, most of the palaces built at that time are in a state of ruins. Thus the Na-yiri of Kokologo still retains its authenticity of function and use.

The palace of Kokologo, the Na-Yiri is a masterpiece of Sudanese architecture whose plans were imported from neighboring Mali. It covers 360 m2 with a residence on one floor. Its clay clay roof is supported by a wooden structure that has remained intact for 78 years. The whole palace is made in a traditional way. It is built of clay bricks originally protected by a plaster made of a mixture of clay and cow dung.

A palace according to the cosmogonic rules of moaga.

If the forms and materials of the Na-yiri vary according to the will and possibility of the chiefs, some constants remain however. In the royal palace of Kokologo, the cosmogonic rules of moaga are respected. Thus, the door of the men is located in the West; that of the women in the East and the "Samandé" in the West. The concession is completely fenced and the eastern walls are blind. "Therefore, to enter the Na-Yiri is to enter a space charged with meaning and culture," says Naaba Kaongo. Indeed, each element has a symbolism, each place has a function, and each member of the community has a place in it. The various components of Na-yiyi each carry their own history, support the rituals and nourish the metaphors. For example, under the "Zaon Kassinga", a round hut widely open to the official courtyard and located south of the building is the place where the chief receives and advises his subjects. The customary courtyard, located to the north-east of the enclosure, is a complex set of thatched round huts with dungeons. All the huts open onto the dungeons except one, the double-entry hut, located to the west of the customary courtyard.

It is from this hut that the Naaba, accompanied by his sages, appears to the crowd on the day of the Ran-gnouga ceremony (feast of the royal ancestors). In addition, there is the "Samandé", an esplanade made of beaten earth, facing west. During customary activities such as the Friday ceremony or the "Ran-gnouga", each member of the court settles there, in a position defined in relation to the position of the Naaba. At the Friday morning ceremony, the Naaba always appears to his subjects, crowned with the rays of the rising sun.

Admire the traditional handicrafts of Naaba-Boulga

In addition to the magnificent and authentic architecture of the royal palace of Kokologo, tourists can also admire the usual equipment that Naaba Boulga and his wife bequeathed to Naaba Kaongo and his wife. It is indeed exposed in the palace, the chief's boubous, his weapons, the queen's loincloths, her jewels and other usual tools. All this material comes from the traditional moaga handicrafts: pottery, forging, spinning, weaving, woodcarving, basketry...