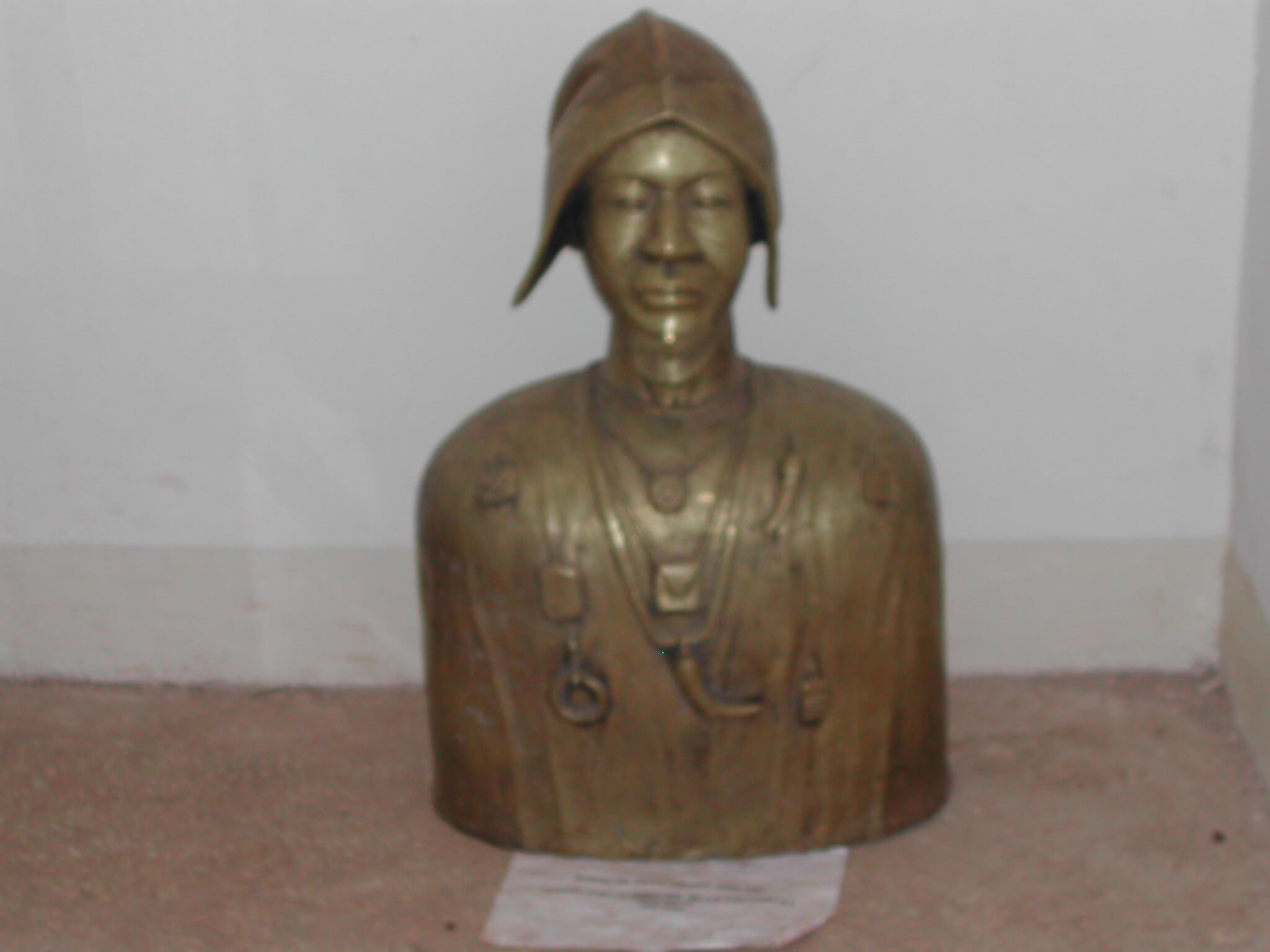 We are in Noumoundara, the village of the 11th chief, the fearsome warrior, Tiefo AMORO, one of the great figures of the Tiefo ethnic group. An ethnic group that is more and more in the minority and a language that tends more and more to disappear and with it all the cultural heritage that surrounds it.

Just above Tiéfo AMORO's spear is a drum made of human skin and a sharp knife, dating from the 19th century and located on the throne of the mausoleum.

Tiéfo AMORO is one of the great warriors who fought Tiéba TRAORE, Babemba TRAORE, and the famous battle of Samouri TOURE well known in Africa.

Amoro Ouattara known as Tiéfo Amoro succeeded Kologoba Ouattara at the head of the country Tiéfo. He opposed colonial penetration by refusing to receive Binger during his passage to Noumoudara in April 1888. But his name recalls especially the battle of Noumoudara against Samory Touré in 1897. This was Samory's last victory since he was arrested by the colonizer just after this battle. Tiefo Amoro fought this man and his sofas. He died with his arms in his hand, for the honor of his homeland.

A place is dedicated to him in Bobo. It is in front of the train station. It is on this square, Tiefo Amoro Square, that Pope John Paul II celebrated mass during his visit to Bobo Dioulasso in January 1990.