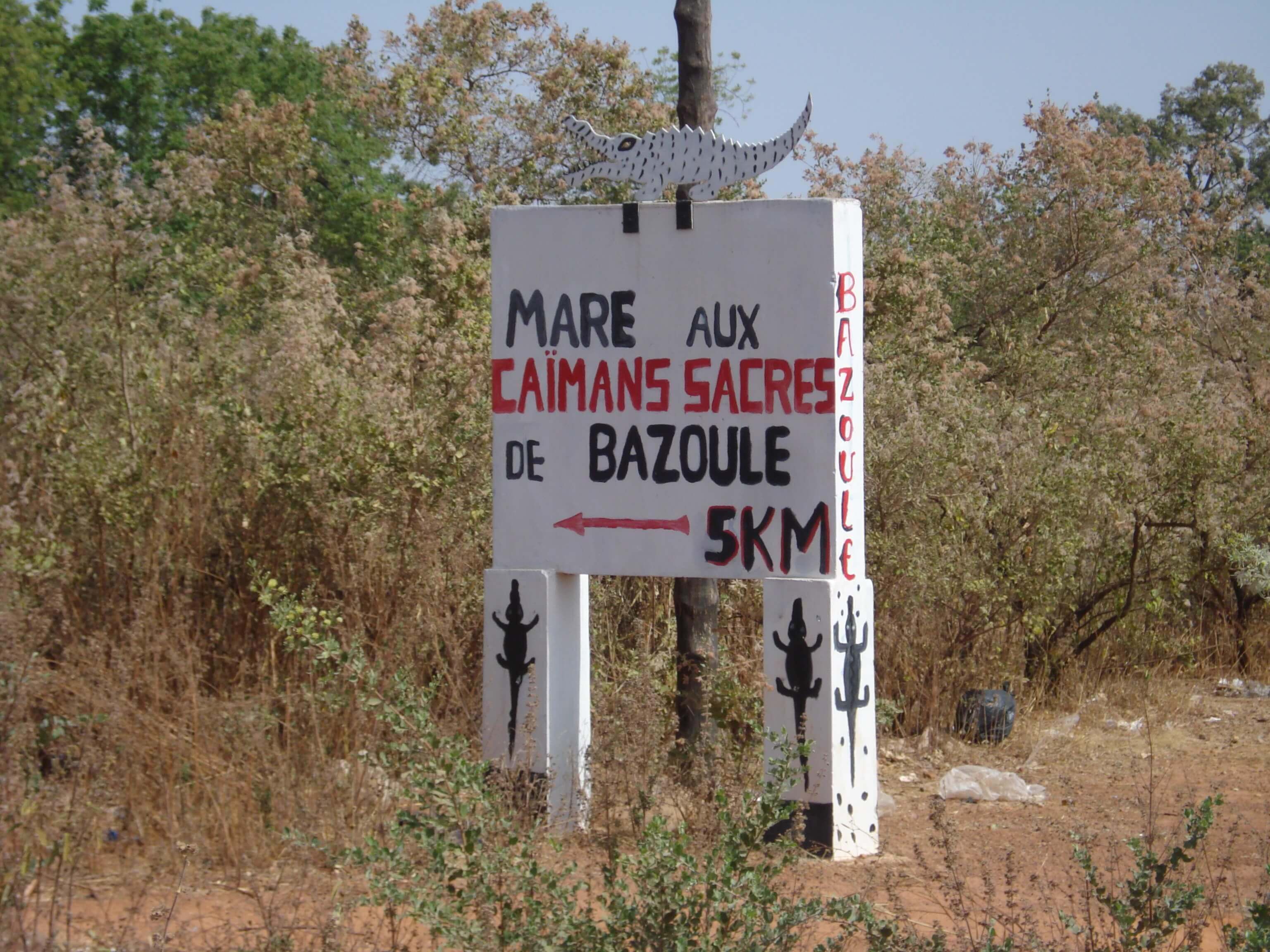 The village is notable for its "sacred crocodiles", Nile crocodiles that were trapped after a river dried up and ended up in a pond near the village. Bazoulé is a small village of 1,500 inhabitants located about 30 km from the capital Ouagadougou. To get there, leave Ouagadougou by the national road n°1 in the direction of Bobo Dioulasso. At 20 km, just after the sign announcing Tanghin-Dassouri, take a track on the right signposted by a concrete sign "Mare aux crocodiles de Bazoulé".

According to the local legend, these extraordinary crocodiles fell from the sky with the rain, 570 years ago. The population at that time was suffering from a lack of water and had to travel ten to fifteen kilometers to get supplies. The traces of the crocodiles revealed that these reptiles lived in burrows full of water. Women removed water from the crocodile holes and the crocodiles did not harm them.

The population organizes a celebration of joy and gratitude for the crocodiles that have become the totem of the village. If a crocodile dies, it is buried like a human being. This festival is called Kom-Lakré and is held every year at the request of the inhabitants of the canton.

On the feast day people come from all over the world with offerings (usually a chicken) to ask the crocodiles for sacrifices to fulfill their wishes: health, protection, success, fertility luck, ... The village receives visitors from many countries and its name is more and more known all over the world thanks to the sacred crocodiles.