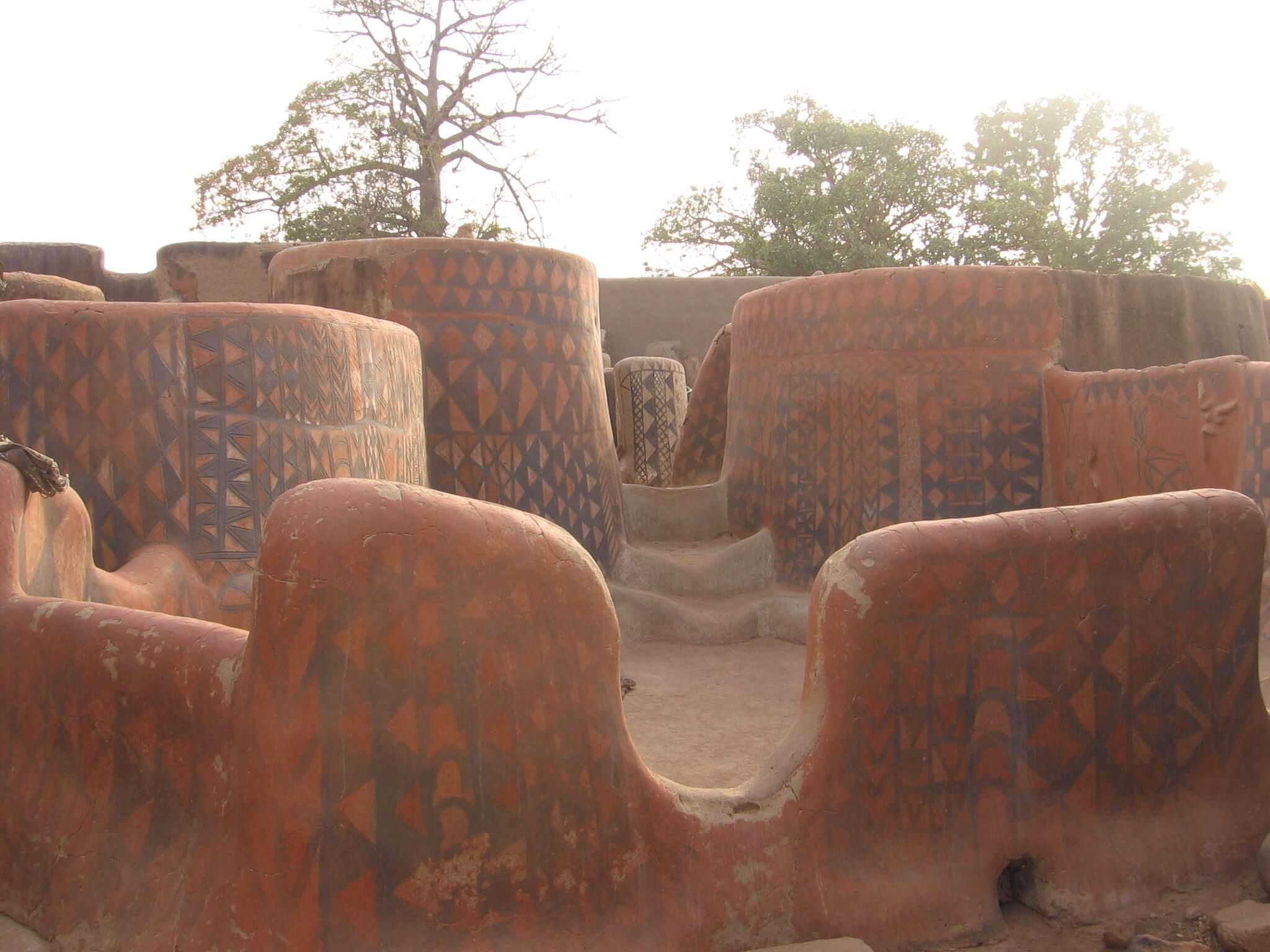 Among the tourist sites in Burkina Faso, the most attractive place for tourists is the village of Tiébélé, a rural commune located in the province of Nahouri in the south-central region.

In the country of Kasséna, one can find three types of houses. The authentic house consists of 2 rooms, an interior kitchen and a bedroom. During the tribal war, their ancestors used this type of house to defend themselves because it was the very first houses they lived in when they settled there. But now, since there is no more war, this house is still the residence of the grandparents, because in the village of Kassena, it is said that the education of young girls must be paid for by the grandparents. In addition, the authentic house represents the original typical architecture of the Kassena because it is a form that you cannot see anywhere else in Burkina Faso because it is composed of 2 rooms so that the 2 joined rooms form the number 8 hence its name the ''house in the shape of 8''. These houses can last a century or more. As a reminder, the royal family settled there in the 1600s".

The second form of house is the rectangular or generally "square" house. This house is reserved for young couples. For example, when a young man gets married in the country of Kassena, a rectangular house must be built for him and he will live with his new wife.

The third form of the house is the round house with a grass roof. It is a hut where a single man lives. On the other hand, single girls live with their grandparents in an authentic house until they get married.

In addition, there is a millet loft for storing millet on the cob. In the Kasséna tradition, it is strictly forbidden for a woman to go down into the attic to take millet. This is for reasons of honor.

It should also be noted that on the walls, there are transcripts that tell the story of the Kasena people. They are symbols and geometric signs that do not emanate from chance. There are drawings such as pipes, cowries, geometric signs. For example, the pipe symbolizes a gift that the grandson has to give to his grandfather as a good return from a trip. There are also lozenges and squares that represent patterns of loincloths. The bars symbolize hawk and chicken prints.