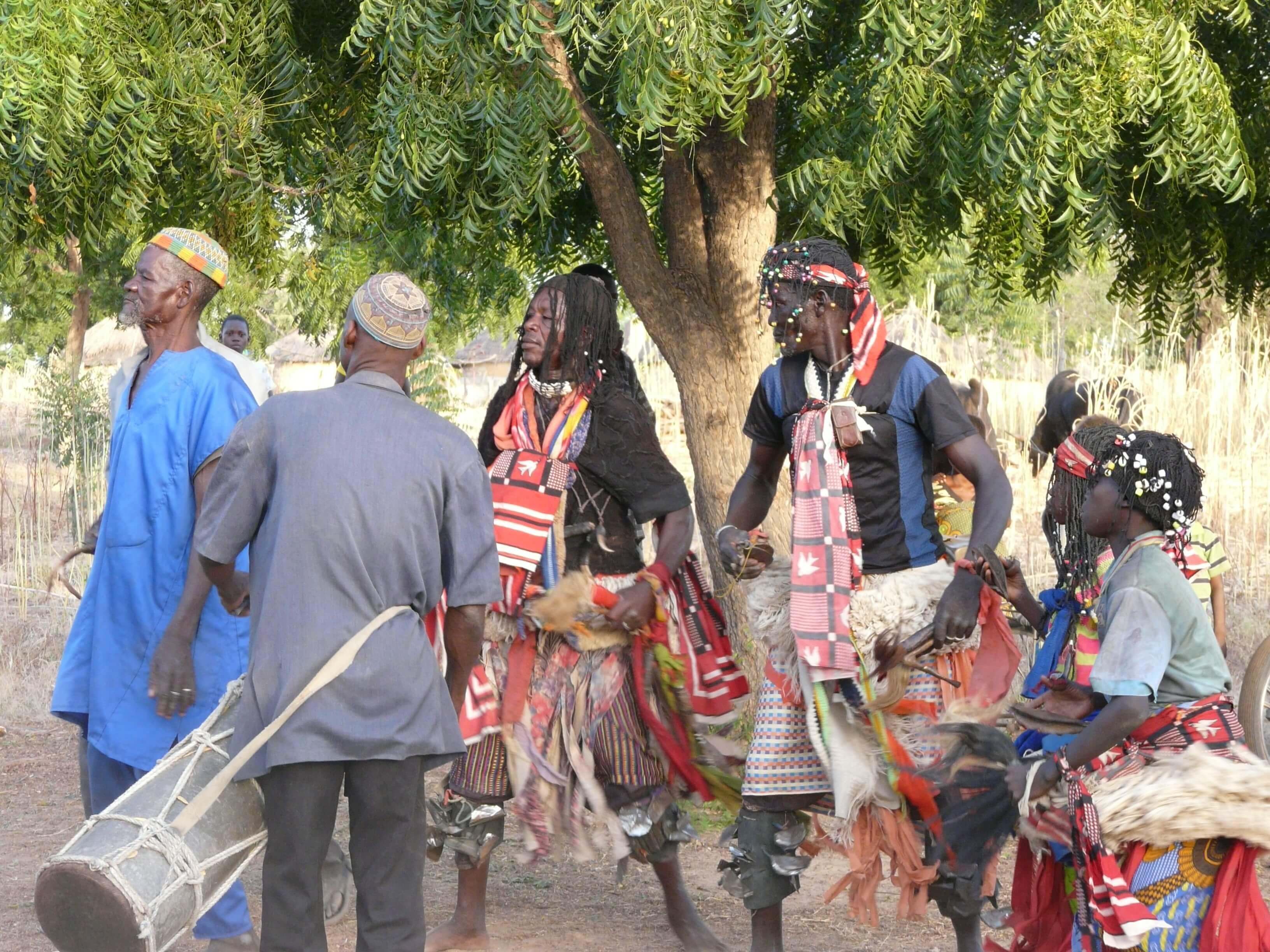 It was originally reserved for induction or funeral ceremonies, it is now accompanied by wedding ceremonies and other popular celebrations. The dancer stands up, walks firmly on his or her feet, and quickly turns the abdomen and hips to the left and right. This posture will not prevent him or her from walking, jumping, bending, or running after while dancing.

There is no doubt that the purpose of Warba dancers is entertainment. However, the musical instruments that accompany them also broadcast coded information in the village, which has been designed for a small number of insiders and has received praise. The first people interested in the information are the dancers, and they will recognize the instructions, for example: Say hello to the host! Don't flinch! Jump! Lean to the left! Return to the starting position!

Originally it was accompanied by the Bendre, a drum made of a large gourd with a hole of about 15cm covered with sheepskin. This instrument (in the Youla language it is also known as Bara) is known to be played at the court of the Naba, the Mossi chief. It was often used as an instrument announcing important messages to be announced. Today it is more common to use the djembe instead of the Bendre. Next to this instrument are the Wiga, (Mossi whistles), the Lounga, (the talking drum), the dundun and the Kiema (Mossi castanets).