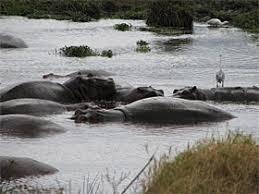 Originally, the site is a classified forest created in 1937 with an area of 610 km2. At that time, the protected area was part of French West Africa. In 1967, as part of the newly independent Republic of Upper Volta, the area was designated a national park. In 1968, poaching drastically reduced the mammal populations.

In 1989, the International Union for the Conservation of Nature recommended that "the legal status of the Deux Balés National Park be reviewed in the light of agricultural and mining activities that are in conflict with the integrity of its elephant populations". In 2001, Burkina Faso was home to the largest number of elephants in West Africa, about 400 individuals in the Deux Balés with the Baporo forest. However, there is still no law defining the area as a national park.

The vegetation is composed of plants adapted to the savannah, grasses and trees, such as baobab, African birch, Isoberlinia doka and Terminalia laxiflora.

Among the mammofauna, we can mention the presence of the amphibious hippopotamus, the African buffalo, the African savannah elephant, the antelope as well as the crocodile for the herpetofauna.