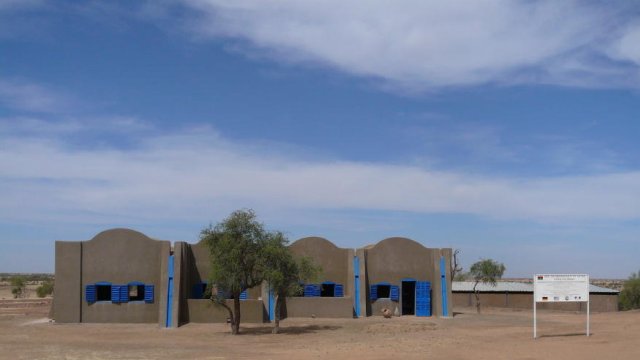 Oursi Hu-Beero (OHB) is a project to preserve the culture of an exceptional archaeological site in Burkina Faso in the northeast. The site, dating from around 1000 AD, consists of remains of mud brick architecture, which is extremely rare in the archaeology of the West African Middle Ages. The unspoiled nature of the site and its displays of household goods, tools and weapons make it an archaeological heritage site of national and international importance.

Built according to the Nubian (earthenware) vaulting technique, this museum presents a very interesting and very well staged exhibition, with sand dunes on the ground. Photos accompanied by well-documented texts present the history of trade in the region (salt, gold and slaves) and give detailed explanations on the excavations of the Oursi site, carried out by German archaeologists and their Burkinabe team.

They will discover underground dwellings, ceramics, spearheads, jewelry, skeletons... and chains of slaves.

2 guides welcome you to the museum :