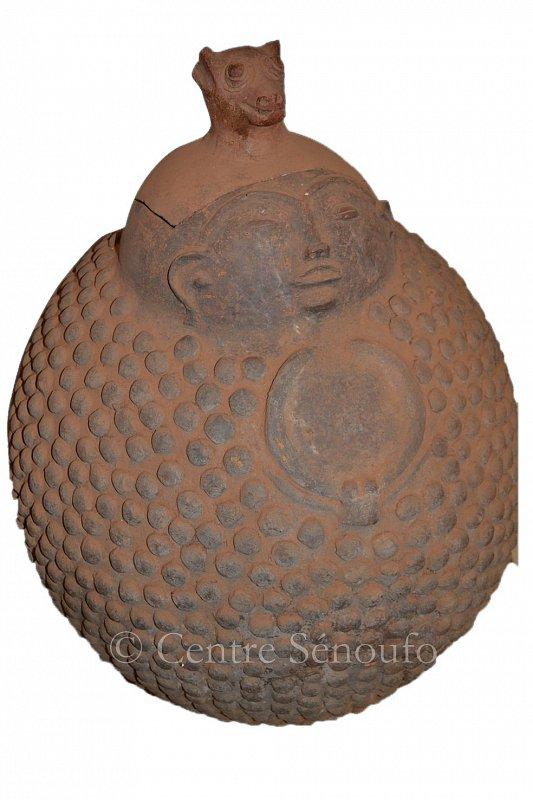 Located on the roadside, the architecture of the center leaves no passer-by indifferent. With its walls covered with paintings representing different facets of Senoufo culture (masks, funeral or wedding rites, scenes of daily life ...), the outside of the center simply makes you want to see the inside.

The Senoufo cultural center in Bobo is a branch of the mother center, which is in Sikasso. According to Father Mathieu Traoré, both centers are the work of an Italian priest, Reverend Father Emilio Escudero, who, having lived for more than 40 years in a Senoufo environment, witnessed the degradation of this culture.

To show his gratitude to his guests, he wanted to make his contribution to the valorization and protection of the culture of this people who welcomed him so well. Thus was born the idea of a research center for the promotion and preservation of Senoufo culture. The one in Sikasso was created in April 2004, followed a year later by the Bobo branch. The two structures are complementary according to Father Traoré.